What is Hold Position Free Fire (FF), Must Know! – news

Find out now What is Hold Position Free Fire (FF), where many players misinterpret it with other ways of playing.

Of course, things like this will make you understand more, the same that is presented in this game.

Because indeed for some words and strategies, something like this is needed if you want to win easily when facing enemies.

Not only that, if indeed there are other things that will appear, from this Free Fire game as well.

Maybe you will soon find out that for 31 terms in the Free Fire Game now, you all need to know.

If this is known by all of you, then of course there will not be a difficult part when you compete later.

So what many say is wrong, Hold Position is rumored to be one of the playing strategies that is for Ngendok people.

It can be said that things like that are a bit similar, but you would be wrong if you say Hold Position is a nuisance.

You could say this strategy called Hold Position will make the player, must be able to hold what is called the Position to compete in the Zone.

Of course things like that do happen, to be able to make it easier for you to survive later without taking any damage at all.

Before doing a Hold Position too, players who do something like that will definitely loot items that are indeed in the Zone.

It is impossible if you are already in the safe zone, you will exit the zone to do looting.

It can also be said that if the player who does the Hold Position is good, it will not be easily damaged by the enemy in it.

It’s quite different from players who play ngendok, because what we can know is that Ngendok on Free Fire doesn’t do anything.

Usually they will appear during the last zone only, where in zones that are still large the game is always hidden. 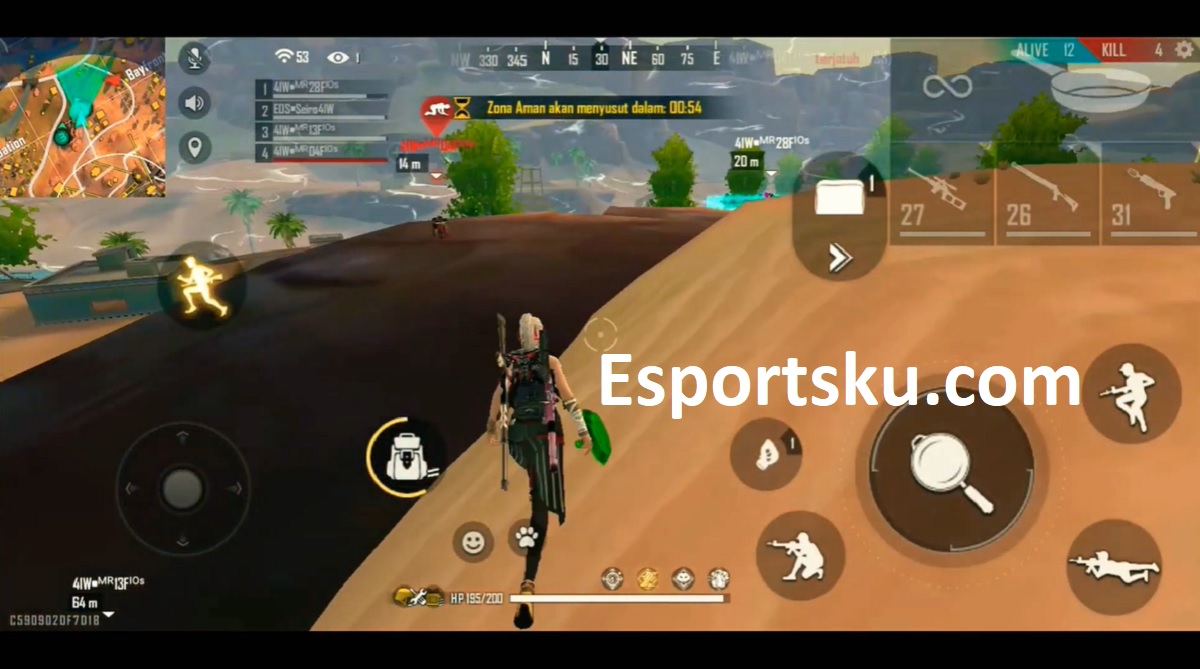 Not only that, because Ngendok can be done when the player is outside the Zone that will continue to deal damage.

They play more often to avoid fighting for a long time, if for the Hold Position, you can say there is still a war too.

It’s just that if in the Zone the opportunity to be caught is very large, therefore the players will indeed play their Hold Position.

Switching when the Zone doesn’t really lead to you, of course, this kind of thing is done by many players for that game, right.

Always be careful when doing Hold Postions, because in the Zone there must be a lot of players fighting and hiding.

It doesn’t mean they do Ngendok, but the strategy is what will appear for you to position how to play better.

Now, if you are already in the zone, you just have to choose whether you want to play looking for enemies with aggressive or hold position.

Because when you are in the match, there are some things that must be done to be able to play easy and not difficult anymore.

After knowing what Hold Position Free Fire (FF) is, then players who are still confused can finally immediately know and understand things like this.

Especially with the news of the Hold Position, of course you will be safer when competing against all enemies.

You also have to know the Zones in Free Fire that you must pay attention to, so that it can be easier to deal with enemies later.