So actually the King of M1014 Global Free Fire (FF), who and whether he is a player who is quite famous for us to know.

Maybe with those of you who know who the king of the weapon is, then you can immediately know and see how to play now.

Not only that, in this Free Fire game, there is already an interesting title to get if you manage to get it.

Not from an ordinary title, but you can say as a King or a pro player who uses this weapon without being easily defeated by other players.

Especially with Tips to Become a Pro Player on Free Fire, it’s easy and fast for beginners to learn it too.

Not only that, if at this time there are still many great opportunities for those of you who want to know everything.

Especially with King M1014 Global Free Fire (FF), who is he in this Game now?

Take a look at the article below.

This weapon, named M1014, is indeed one of the sickest and most deadly shotguns in Free Fire.

Especially if you already know How to Use the M1014 Free Fire Weapon, surely something like this is quite easy to be able to face all enemies.

Not only that, you also have to know who the king of the M1014 Weapon users is on the Free Fire server globally now.

Who is He and what is his ability, in using the Weapon?

He is BNL, one of the famous Free Fire Global Youtuber who is famous for his Rush ability using the M1014 Weapon.

Baca Juga:  How to Change the Language of the Game Ni No Kuni Cross Worlds to English

You will definitely be familiar with the name BNL, where he is already well known and many Indonesian players use the Set from the bundle.

BNL is also someone residing from the Arab Server. 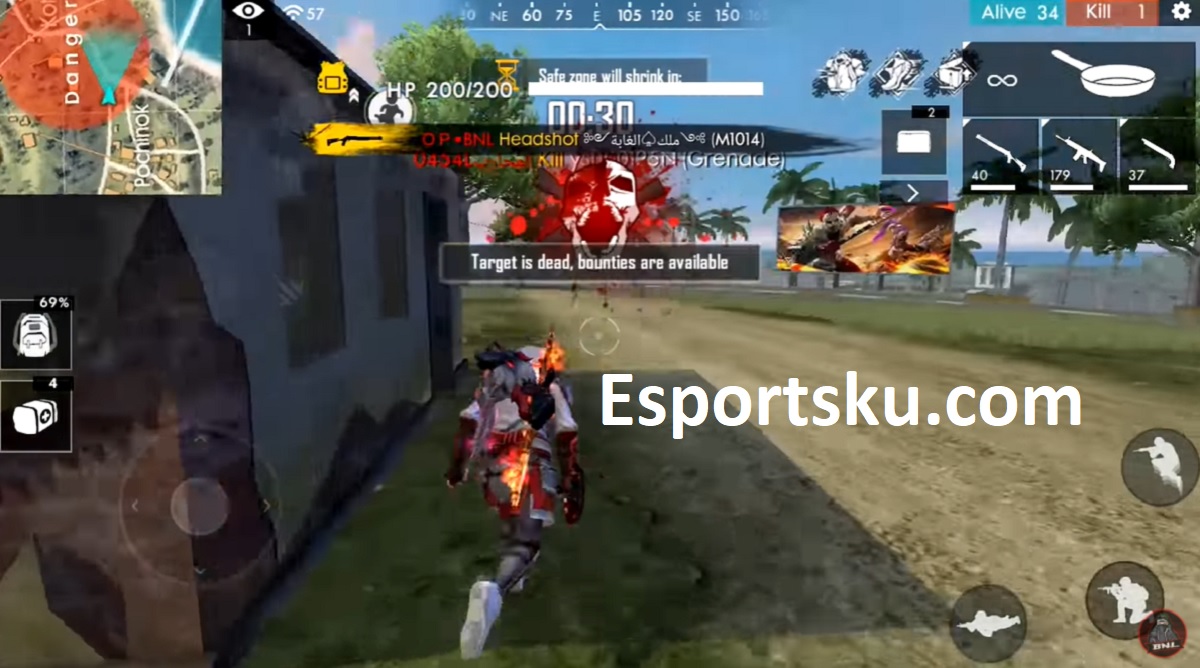 Right now, the BNL Free Fire Bundle is indeed being presented by Garena in a Special Event which includes Limited as well.

The ability of BNL when using the M1014 Shotgun, we really can’t take it for granted.

Because he also managed to get the first rank, as the player who got the highest Headshot from this M1014 Weapon.

Even the statistics provided by BNL itself, are indeed quite satisfying and cannot be considered trivial if you have met them in this game as well.

Because the ability given when using this Shotgun-Type Weapon, is indeed very deadly.

Where is it reported that if BNL managed to get a total headshot of more than 80%, for the one M1014 weapon he used.

So it’s not surprising that many say he is the King of the M1014 Weapon, right.

Even the King of Weapons MP40 Free Fire also exists and he comes from Indonesia, namely if this MP40 is Letda Hyper. With full experience in the Free Fire game, this is indeed the mainstay of BNL’s ability to win in the game.

Even to defeat many Enemies, BNL also dared to face them with any weapon.

The match rate and statistics provided by BNL are quite high and have entered the ranks of the world’s pro players.

That’s how BNL Free Fire is, being one of the title holders of the M1014 which is quite deadly when used by it.

Baca Juga:  What is Mobile Legends Creator Camp? Can Get Money And Free Skins! |

After knowing the King of M1014 Global Free Fire (FF), who is he? That means you can immediately answer out loud, namely BNL.

If you want to know how to play this weapon better, then you can immediately see how to play it right now.

Moreover, knowing the Role Rusher in Free Fire now, it is indeed quite good if things like that are used by all players today.