How to Calculate Mythic Grading Points in Mobile Legends (ML)

This is how to calculate points on Mythic Grading in Mobile Legends. As you know, Mobile Legends has a rank system that all players can achieve, the higher the rank, the more difficult the game.

The Mythic rank itself is actually divided into three, the first is Mythic which is sorted by a star system, the second is a point system and the third is Glorious Mythic which you can achieve by getting 600 Points and above.

Before going to Mythic Points, you will be met with a new system, namely Mythic Grading, you will find this system after completing Mythic Stars then enter Mythic Points.

In this Mythic Grading you will play as many as 10 matches, every game you lose or win will get points collected which will be calculated after 10 matches are finished.

But before that, do you know how to calculate it? All players will certainly be curious, especially for those of you who have just reached Mythic rank. Therefore, you can see the following review.

The following news will show you how to calculate Mythic Points in the Mobile Legends game. Especially for those of you who don’t know, and are just playing, you can see the following.

How to Calculate Mythic Grading Points in Mobile Legends 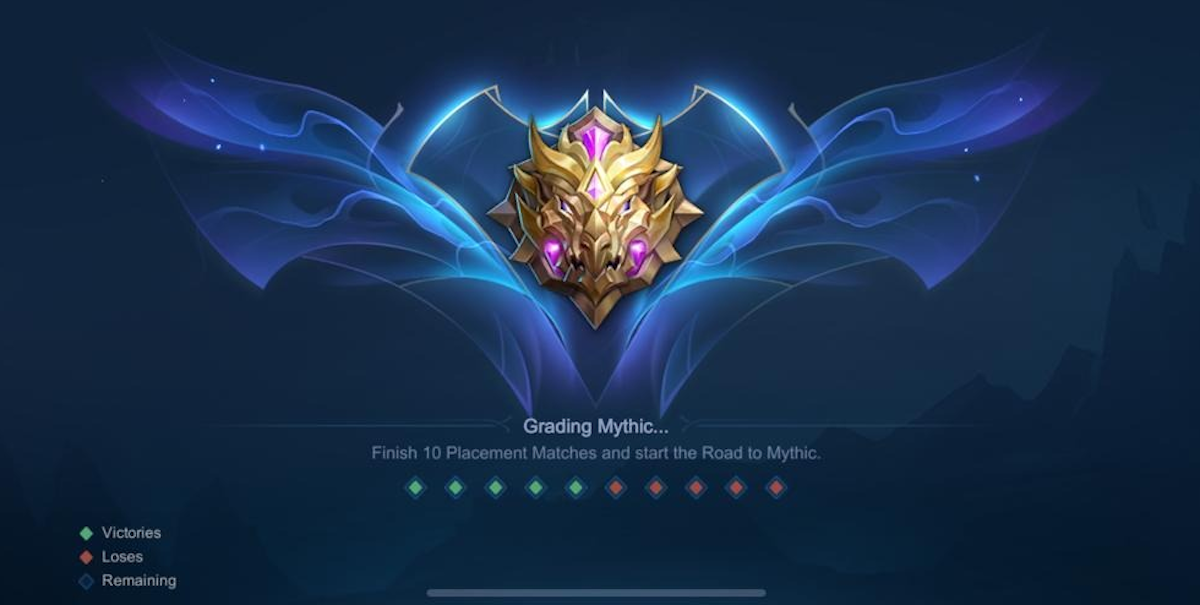 Actually, how to calculate Mythic Grading is very easy and simple. The final score you can get is a maximum of 200 points, while in Mythic Grading you have to reach about 10 matches.

That means every game and if you win you will get about 20 points each. But, the calculation is not flat like that you know. Each of your games is also counted, for example you get silver, bronze and even gold to MVP.

The score of players who get MVP of course will be higher. For example, we see one of the videos above uploaded by Hororo Chan.

The video shows the matches he got when Mythic Grading was 5x wins and 5x losses. If it is calculated by the formula of 20 match points, then Hororo Chan should only get 100 points.

But at the end of the calculation, Hororo Chan got around 113 Points, which means more than 13 points more than the score he should have gotten.

The author’s opinion is, of course, from the 20 points calculated from each match, later there will be bonus points that you can get after playing.

It could be from additional bonuses when you get MVP or from other aspects. So, how about this, do you understand?

Baca Juga:  Besides MCL-FF Winning Spirit, this is a new skin for the Free Fire X McLaren collaboration!
Share